The findings will be due by the end of August, 2020

The Governor-General of Australia has appointed three commissioners to lead a royal commission to look into the bushfires that so far during the 2019-2020 fire season have devastated to an unprecedented extent large areas of Queensland, New South Wales, and Victoria.

The trio are due to deliver their findings to the Federal Government by the end of August.

More than 30 people died across the country during the disaster, and thousands of homes were destroyed.

The ABC revealed earlier this month that hazard reduction would form a key part of the inquiry, after Prime Minister Scott Morrison demanded an investigation into whether controlled burns and land clearing operations had been hampered across the country.

Climate change, and specifically its effect of creating longer, hotter and drier fire seasons, will also be considered by the royal commission.

In January when a royal commission was being proposed, the United Firefighters Union of Australia said there had already been numerous bushfire-related inquiries over the past two decades. One more commission would likely come up with the same issues, they said.

The union believed there should be instead, an audit all of the existing recommendations that haven’t been implemented. They said Royal Commissions are expensive, can take hundreds of days, force witnesses to relive the trauma, and the commission has no binding power to implement recommendations.

A royal commission evaluated the Australian bushfires that occurred in February, 2009. Public hearings began on April 20, 2009, with the Commission hearing from 434 witnesses over 155 hearing days before concluding on May 27, 2010.

Meanwhile, New South Wales is conducting an “independent expert inquiry” into the 2019-2020 bushfire season. Dave Owens APM, former Deputy Commissioner of NSW Police, and Professor Mary O’Kane AC, Independent Planning Commission Chair and former NSW Chief Scientist and Engineer, are leading the six-month inquiry, which is reviewing the causes of, preparation for, and response to the 2019-20 bushfires.

The Inquiry welcomes submissions from bushfire-affected residents, emergency and support personnel, organizations and the general public. 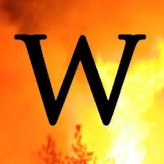